The Nitty-Gritty of Mobile App Design 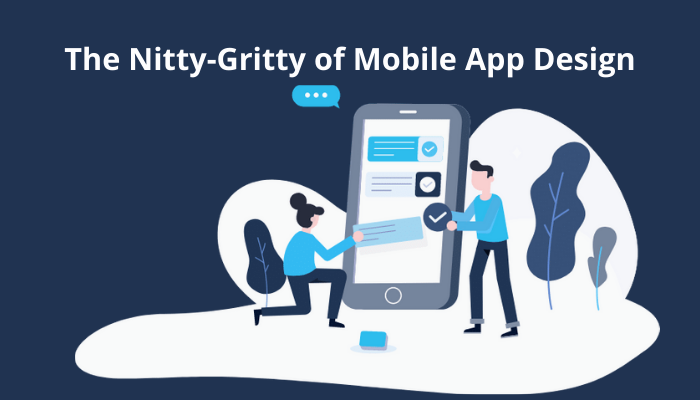 It is becoming highly imperative for companies to develop mobile applications for their clients. Mobile apps increase noticeability and direct approach and connection when the companies target their customers for better marketing. A mobile app also increases facilities for customers and helps business enterprises to offer various helps and information to customers.

Small wonder, there has been amazing progress in mobile app design in the last few years.

What Is Mobile App Designing?

Mobile app designing is precisely the specialization of designing mobile applications as per the client’s needs. Mobile apps have a broad range of uses. What binds the diversity of conditions is the call for optimal usability, engagement, accessibility, and user experience. And it’s about dealing with all these concerns. It involves the User Interface (UI) and User Experience (UX). Designers deal with various techniques of the app, including font selection, color scheme, and the types of buttons and widgets for the users’ use.

To apply the designs to mobile interfaces, a company-appointed designer must be having the experience of working directly with user-experience (UX) designers and user-interface (UI) designers.

The goal is native mobile applications, but the designer should create designs both for mobile and hybrid apps.
Mobile app designers should know the difference between various platforms.

There is a general perception that mobile apps and web apps are similar — but they are altogether different.
Not only the differences are there for the users, but the two are also developed and deployed differently,

The Making of Mobile Apps

Mobile apps are platform-specific. Launching a mobile app on different platforms means a detailed process of design and development. But on the whole, mobile apps are faster and far superior in features and functionality.

Mobile apps are developed using specific Languages and Integrated Development Environments (IDEs), based on the platform. Apple mobile apps are built using Objective-C or Swift, and the Xcode IDE, as Apple devices run on the iOS native operating system.

When these questions are answered, the app designer will be able to look out for the best design form for the latest application.

Before approaching the app designer, the company should have a ready understanding of the following:

Mobile app designing becomes easier when there is a ready mobile app strategy.

Companies can create apps both for their customers as well as for their workers, using a range of useful tools. These tools are for app development, deployment, association, and testing.

Planning, designing, developing, and launching a mobile app is the result of resources, time, tools, and expertise.