How to take digital signage onto center stage 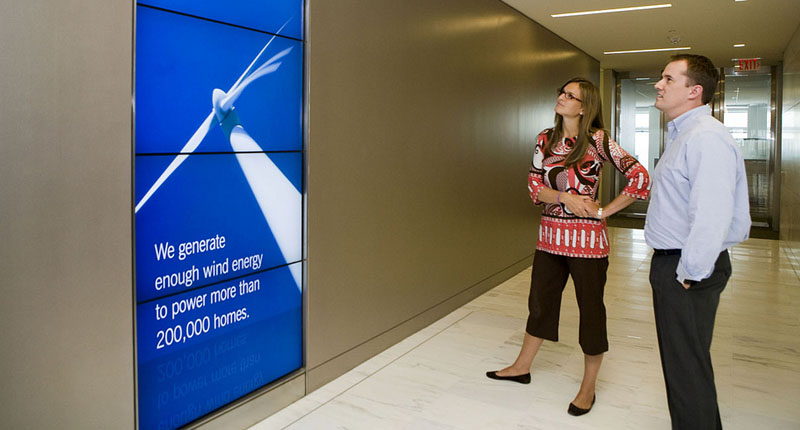 It is not surprising to see digital signs being used at stadiums and other event facilities. In fact venues are swapping out older screens for sleek LED screens to enhance the fan experience. And what’s more interesting is that newly built venues are incorporating stadium LED signs into their conceptual design even before the construction phase begins!

Digital media players are operating behind the scenes to their maximum capacity at several newly built sports complexes. Not only are they providing the power and content for menus at restaurants and scoreboards at stadiums, they are also used for powering luxury suite signage, parking lot displays and also LED displays located in restrooms. New venues are using digital signage literally EVERYWHERE.

In stadiums, LED displays are used for individual purposes as well as stunning 9000 square foot ones such as that recently put up at an arena in Las Vegas. Here are some helpful tips on how to incorporate LED displays in sporting venues.

Make the LED display a part of the design process

As you begin envisioning the scope of your new sporting venue, make digital signage a common part of conversations with designers. Designers should be aware of what the latest digital display technologies are capable of so that they can come up with ideas that can be achieved.

This does not just refer to obtaining advertisements to be displayed. With advanced technology, advertisements can be displayed in a much targeted manner – for example: different zones within the venue, different timings when ads will be most visible, and so on. In addition to ad monetization, stadium LED displays offer a massive advantage of placing a digital signage network that can actually ‘rebrand’ the facility.  When the venue is being rented out to large corporate or when two parties are sharing one venue, this ‘rebranding’ is particularly helpful. The more LED signs that are in place, the easier it is for the stadium to rebrand with just a click.

Be prepared for challenges

While on one hand, the advantage of installing LED displays is that an existing building does not need to be retrofitted, when it comes to new stadiums and installing new stadium LED displays, the team involved will have to work in collaboration with other trades. As a result, there will be heavy traffic at the new construction site and people in many trades will be working together. This means that conflicts are likely to arise. The LED sign team may show up one day ready to install the cables for example, only to find that the walls are not in place yet. Such delays and challenges should be expected by all trades.

With stadium LED signs becoming a necessary part of the fan experience at sports arenas, these big scale projects are an amazing opportunity for different industries to showcase products and technological capabilities. It is THE time to make the most of these opportunities and impress the public.