Bank Chor: Riteish Deshmukh Has Got the Title of “King of Bollywood” From King SRK Itself 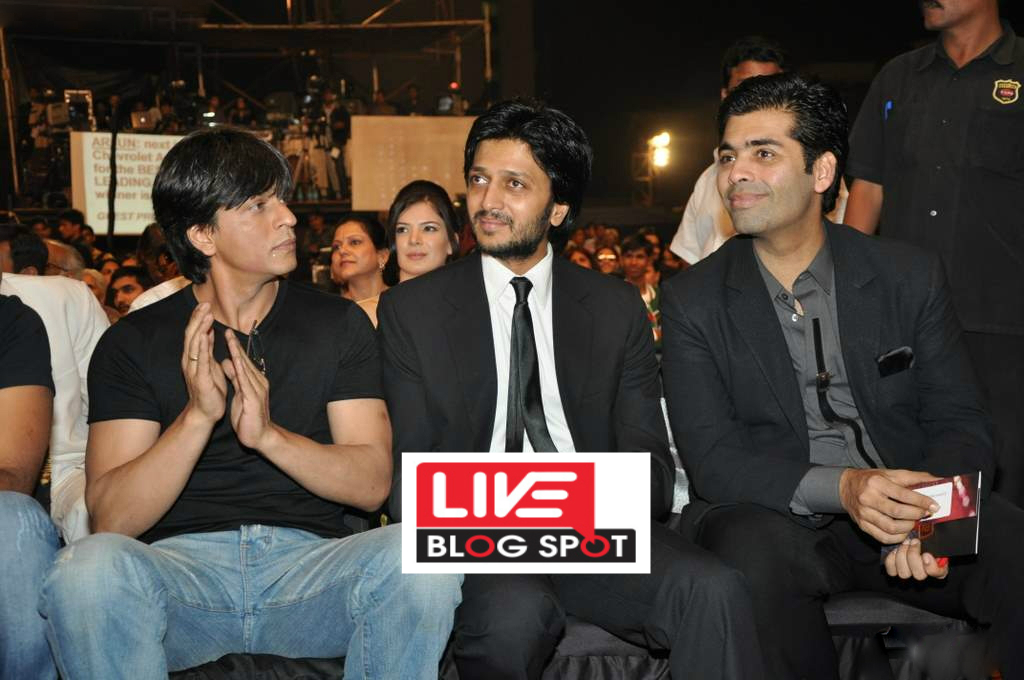 No, this is not a joke, Riteish Deshmukh a very well-known and famous bollywood celebrity has shared a video in which Shahrukh Khan the undisputed “King of bollywood” has gave away his title. Not only has this Riteish Deshmukh managed to get many more other titles from famous personalities of Bollywood including Karan Johar.

This incident happened is showcased with the help of a video which Riteish Deshmukh has shared in which he is hosting a show named “Bakwaas with BankChor” in which he is showing all “Chori ka interview” which are nothing but the highlight snippet of the interviews of the famous bollywood stars which they have given at various media channels.

Prior to the release of his upcoming flick “Bank Chor” Riteish Deshmukh has shared some of the videos in which he is hosting the show and interviewing various bolloywood stars. In one of its episode he is introducing Shahrukh Khan and made a statement that King Khan is so impressed with his work in the movie “Bank Chor” that he is giving him his title. The show is a copy of “Koffee with Karan”. This is not yet the end, after giving away his title, King Khan is asking Riteish about the thinking behind selecting this kind of movies or characters, so that he also follow the same path and will do some character-driven role in near future. To this with a hilarious twist which is obviously the part of the spoof in the video, Riteish said that he made a lot of research before going a step ahead in doing such challenging and meaningful role in the movie like “Grand Masti” and he loved to do a lot of work like that in future as well.

In fact, this is not just the end my friend! The list of people who get impressed with Riteish’s performance not only has SRK, but also Karan Johar in it. After watching the show “Bakwaas With Bankchor”, Karan became huge fan of Riteish’s work, and take it to twitter where he appreciate him and wrote “Haha!!!! You are doing great work @Riteish” and added “I hope they (the channel) don’t drop me (Karan Johar) and hire you (Riteish Deshmukh) for koffee!!!!” to which the new king of bollywood has replied politely and wrote, “No one brews Koffee better than you @karanjohar .. love yaaa… am currently busy with a bank robbery #BankChor.”

You might think that this is the end, but no dear friend, “Picture Abhi Baki Hai Mere Dost”. In another video Riteish is interviewing Junior Bacchhan, and the highlight of the show is “We are just good friends” and we know how much witty they both are and you might have got a visual of Dostana 2 as well. Another video with the new heartthrob of Bollywood Ranveer Singh and we all can assume what will be the highlight of the show, of course the style statement of our Ranveer Ching.

This brings the news to an end, and we never know that which role can bring Riteish Deshmukh in the race of becoming King of Bollywood. For now you can enjoy by watch in all these videos here and watch the movie #BankChor as well, because you never know what’s there behind the scenes in the locker for you.