What is American Chiropractic? 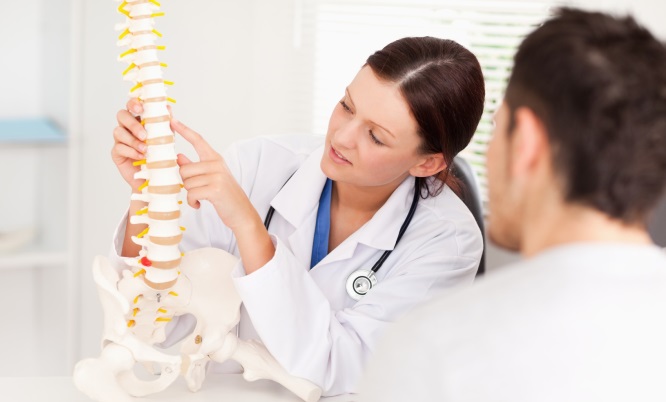 The nervous system involves of the brain, spinal cord, and nerves. While the brain is protected by the massive skull, the spinal cord, which runs within the spine, is subjected to great pressure. This is done by misalignment of individual vertebrae. If the 24 vertebrae, which are flexibly interconnected by intervertebral discs, change in their normal position, the nervous system is irritated in several ways.

The nervous supply to the extremities may be reduced (e.g. feeling cold, numbness, pain) and the functioning of the organs or organ systems may be severely impaired (even unnoticed for the time being): they are deprived of control and coordination of the nervous system; it comes to a vertebral subluxation complex.

The chiropractor can recognize these malfunctions of the nervous system and is able to promote the self-healing of the body in a natural way by targeted correction of the vertebral position. The goal is not just the symptom to eliminate the complaint, but to correct the cause of the complaint. Often disturbance (e.g. pain) and cause are not found in the same place.

The chiropractor uses gentle, targeted and controlled pressure at various points of the spine and musculoskeletal system to correct these (sometimes acquired) deformities. The adjustment can be done by means of different chiropractic techniques. Whether the adjustment is done manually, with the activator or on special treatment couches developed for chiropractic, the objective is always the same: to take the pressure off the nervous system and to activate the self-healing powers of the body.

The chiropractor works without medication, without surgery.

Welcome are people of all ages, from 0 – 100, with problems and/or diseases of any kind:

Infants who have suffered from severe births, cry a lot, drink only one breast, take a certain (protective) posture or suffer from indigestion, often have spinal disorders, which can be corrected by gently adjusting them.

Children and adolescents with a lack of concentration, impaired perception, and balance, learning difficulties, poor posture to scoliosis. Not to mention the “small accidents” in games and fun.

Pregnant women who, through the changes in their body (and the associated weight gain), receive discomfort in changing posture that they do not want to fight with drugs. Among other things, such discomforts and poor posture can lead to the fact that the child in the womb does not reach the optimal position for the birth. Here chiropractic can often help to avoid a cesarean section.

Adults with musculoskeletal disorders (e.g. pelvic obliquity resulting in leg length difference, lumbago, sciatica, herniated disc, whiplash, headache), as well as a variety of functional disorders (a healthy organ that, however, is disturbed in function).

People who are tired of being prescribed a new, onerous drug for every complaint. All these people are in good hands with the chiropractor, because chiropractic promotes health, rather than fighting disease.

Prevention is the great strength of chiropractic because many deformities can be detected and corrected before they cause discomfort! The lambert chiropractic helps your nervous system to achieve optimal performance!

When choosing your chiropractor, make sure that you have adequate American chiropractic education/training, that you are educated, and belong to an association that oversees your quality.