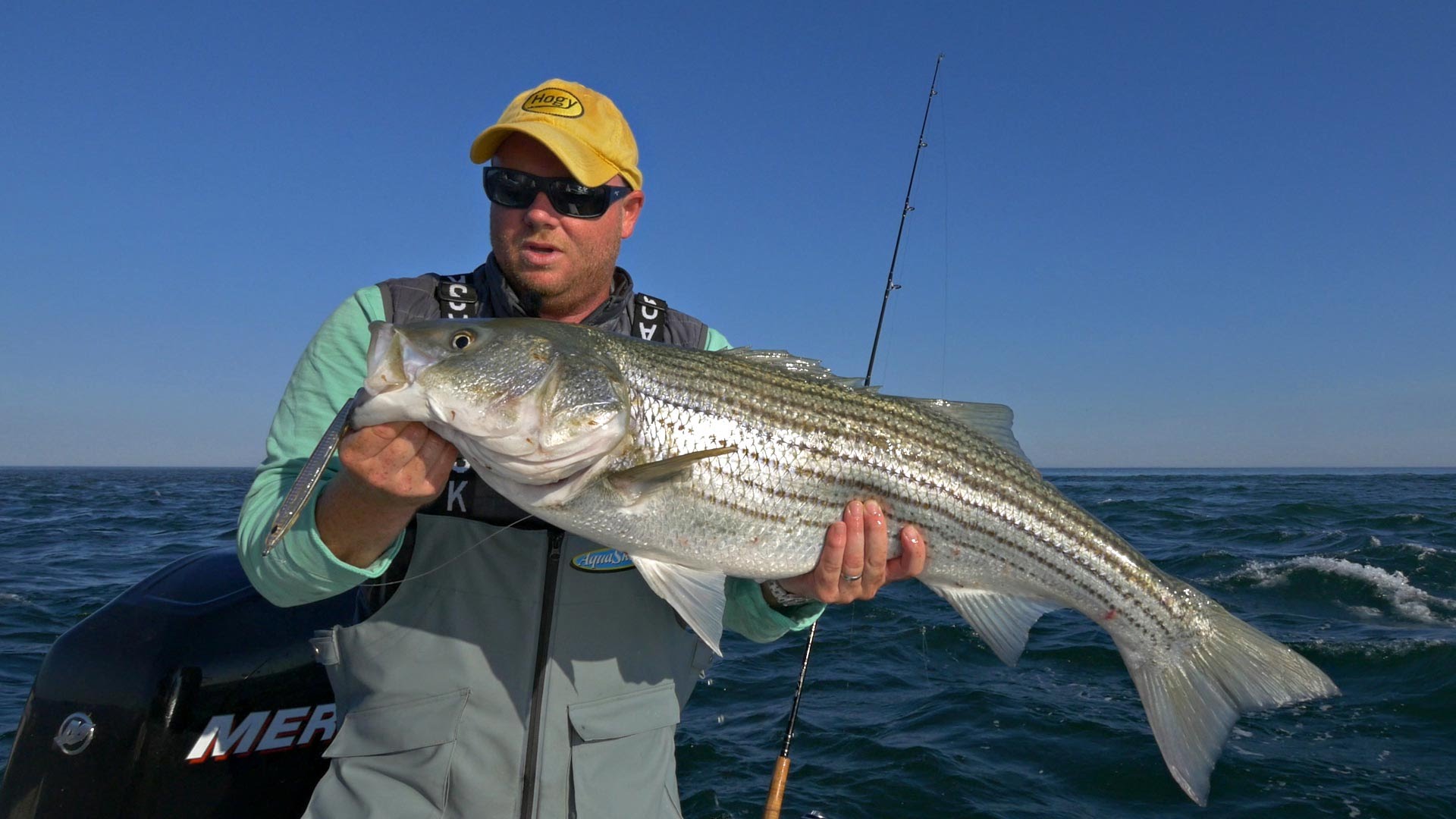 The east-west rip runs hard around the southernmost tip of this starkly beautiful island, and this fastwater kayak fishing area, with its standing waves and whitewater, provides good bluefishing late in season, especially in the late fall, when the bite tends to drop off north of the Cape Cod Canal.

Monomoy’s southernmost rip runs roughly adjacent to Nantucket Sound’s Handkerchief Shoals, an underwater plain of large and unexpected, constantly shifting sandbars about 9 miles south Chatham and far from the South Beach shallows familiar to small boat anglers. The shoals’ sandbars’ contours shift daily, and recently a heavy groundswell rumbling in from an offshore storm was jacking up and falling over the shoals in heaving mounds and uplifts. The swells rose, curled and broke and disappeared, only to reappear on the shallows further west.

It is a challenging roller-coaster ride to drift-fish this area for bluefish from a kayak, and watching the bobbing fleet of center-consolers and walk-arounds go drifting past over the western shoals requires both alertness and solid kayak-handling skills lest you get sucked out into the rip with your gear in water. A small handful of kayak anglers fish the rip during most fall weekends, hooking up with either bluefish or striped bass on most every pass.

What’s less interesting about the bluefish bite, however, and with just one word, frustration, applicable to it, is that aside from fishing rather challenging waters in unlikely-looking craft, oftentimes the blues or stripers the kayak anglers hook with bare tube lures first chomp, then swerve, then veer, then calmly spit the hook. This may happen often times to the kayak angler, and his cries of frustration can be comical to hear: as kayak fisherman drifts downrip it isn’t long before his rod bends. Then sure enough his rod goes slack, the tube pops out of the water, the fish is gone and the angler lets his disappointment known.

I have to admit I’m often among that group of frustrated kayak fishermen. It takes a lot of sweat to paddle out to the rip from Morris Island, Stage Harbor, or Hardings Beach, and dropping that many fish only makes the prospect of the return paddle more daunting.

On the typical fall weekend, the fog creeps in about about mid-afternoon, at which time most anglers decide to call it quits. The idea of getting sucked out over Handkerchief Shoals in low visibility doesn’t seem worth the effort of having to twist in the cockpit to reel in fish who are simply going to drop the hook. So on this trip, around noon, I took a compass fix on Stage Harbor, my take-out, rounded the island’s west corner and, using a landmark on the island about a mile down water to take another fix, began the long trip home. Figuring a bearing of between O and 45 would stitch me in close against the island’s western edge were I to lose sight of the island altogether and for the long-term, I paddled into the fog.

While I was picking my way along the western edge of the length of the south island, the fog lifted, and I took the opportunity to switch from my tube lure to a treble-hooked broken-back underwater swimmer I’d come across at lunch, and nearly stepped on. Trolling the lure —- it is nearly nine inches long — put as much drag on my kayak as towing a coffeepot.

The lure quickly meted out the sting it is designed to deliver: with a snap of its jaw, a bluefish fooling with the lure’s business end got a face full of hooks.

I landed the bluefish, a frantic little brave heart barely twice as long as the lure is, unhooked it, bled it and gutted it. The bluefish had had at the lure without hesitation. It was consolation for all the bluefish I’d dropped at the rip, and would provide a dinner.

I landed at the Stage Harbor’s asphalt in a rising and insistent northeast wind which had turned persuasive enough to herd all of the fog back out to Nantucket Sound, where it proved meddlesome, I’m sure, to all the homeowners who had Piper-Clubbed it out to Nantucket earlier that morning. With just one fish to show for two days on water and 14 miles of paddling under deck, I was envious of a group of kayakers I knew who were probably cooking up their own dinner on Wash burn Island over near Falmouth, about twelve miles distant.

Monomoy Island forms the elbow of Cape Cod’s 35 mile-long forearm, and is a veritable migratory fish delivery system that lies south of Stellwagen Bank’s 600-square migratory and gamefish feeding area. Migratory fish, including striped bass, bluefish, bluefin tuna and bonito, are drawn to the island by the abrupt temperature differences and the turbulence its shallows thrust into the Atlantic. Raft-like schools of sand eels gather on the island’s shoals, particularly in the area of the southern rip, creating sustained feeds in the water. Flushed by inflows of cold water from the island’s southern tip, and by a breach in the center of the island, the area suffers from no lack of entryways for large sportfish.

While most anglers tend to prefer the island’s eastern flats, larger schools, lower fishing pressure, and broader expanses of open shallow water lie on the western flats. At low tide the flats nearly triple the island’s width in shallows of gin-clear water cut by deep channels bluer than the sky is.

To fish Monomoy, paddle due south from Stage Harbor, Chatham after September 15, when the town ramp is open to out-of-towners. Alternately, launch from the public landings off Route 28 in nearby South Harwich or South Shore Drive in Bass River.

Another option is to launch a kayak from Morris Island Road on Morris Island, where roadside parking is permitted. Nearby Chatham Light’s breach, while technically not a flats area, is a turbulent fishing area much favored by night anglers, and accessible from the parking lot in front of the lighthouse.

To get to Chatham/Monomoy, follow Route 6 from the Sagamore Bridge to exit 10/Route 124 South. Follow 124 South to Route 39 South. At the intersection of Routes 39 South and 28 East/West, head east 2 miles to the ramp at Harwichport, or continue 10 miles east to Chatham. Sears Road in Chatham Center leads to Stage Harbor and Morris Island. Due to the constantly shifting nature of the island, it’s good idea to bring along NOAA chart 13248 if you plan to fish here.