Ruby on Rails (RoR) is a popular server-side scripting web framework written in the Ruby language. This framework facilitates the smooth development of large-scale complex web apps. There is lot more that you can do with this framework by hiring a seasoned ruby on rails development company. But to find the best RoR developers is not that easy. Therefore, to help you let’s take a look at the top ten skills of the finest RoR programmers so that it becomes easier for you to hire the real RoR talent.

Professional RoR developers are familiar with the alternative frameworks of Ruby such as Grape, Sinatra, and Rack application. basic knowledge of alternative frameworks enables programmers to build better RoR web applications by incorporating some non-Rails approaches. Also, they can mix and match them with one project if they split one big app into smaller segments.

Familiarity With The Concepts Of How Web Works:

The best RoR developers have a detailed idea of how the web works because it helps them in debugging and optimizing their RoR web applications. They have a sound knowledge of internal mechanisms of the internet and are familiar with TCP/IP, DNS system, HTTP protocol including headers and cookies.

Expert RoR programmers are skilled in using Unix commands not only for navigating or moving files around but also as a philosophy of small programs that could be merged together to perform large and complex tasks. This practice makes RoR developers write better Ruby code and be better programmer overall. 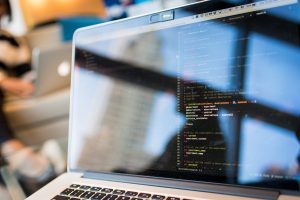 Professional RoR programmers have impeccable typing skills. They can type very fast and smoothly without even looking at their fingers. Also, there is no need for them to put an effort into typing fast, as it happens automatically. Typing skills help them a lot when they deal with terminal-based environments (vim, tmux, zsh), or tiling window managers.

Understanding Of How To Use Database:

Contributing To The Open Source:

This is not a skill but a quality. Professional RoR developers contribute to the open source community from which they seek help every day. By making a valuable contribution to some of the external projects, RoR programmers learn how to read and understand code, and pick up new programming skills in the process. This is a useful soft skill that allows RoR developers to work with others in harmony.

Professional RoR programmers have the basic knowledge of JavaScript that helps them in becoming a better web developer. Also, in order to build web apps that feel snappier, consume fewer server resources and have better separation between UI and the business logic, RoR developers also have the knowledge of how to use JavaScript tools such as how to integrate your framework with Rails and Bower. In addition, to keep up with different mobile devices and their resolutions and screen density combinations, it is mandatory for RoR programmers to learn how to use CSS frameworks.  The good thing about Bootstrap is that it can be easily integrated with ready-to-use JavaScript components with libraries such as Angular UI to use with AngularJS or others.

Ruby has a built-in debugger, but it is not the only tool that Ruby on Rails programmers use to debug Rails apps. In a case when they are using IDE such as RubyMine; they might have a nice UI for the built-in debugger as well. But as they are expected to write more and more of JavaScript code, they have to learn how to debug JavaScript too.

Web apps do not exist in void. They have to be deployed to the server, to the cloud, or to the container. Therefore, it is very essential for the best RoR developers to learn how to configure a server from scratch. They learn how to install and configure servers such as Postgres, Redis, Nginx, or Apache/proxy by using dead-cheap VPS Linux box. Also, they have the basic understanding of how to manage servers with Chef, Puppet or Ansible.

RoR programmers have to work with startups some or the other time during their career. Therefore, it is important for them to understand the basics of business management, analytics, and marketing so that to be familiar with the strategies and tools used by the startup geeks and entrepreneurs.

To conclude, these are the basic ten skills of the best Ruby on Rails developers that enable them to create robust highly secure web applications and sites. In case you need to build a unique RoR web application to let your products scale and your business grow; get in touch with a proficient ruby on rails development company who has a skilled team of RoR developers expert in developing such web apps for their clients.